Dream about the Bridge I had a great Sunday. When I was about to wake up, this is what I was dreaming…

I dreamed about a “Bridge Conference”.

I was in a large room with crowds of people I didn’t know. It was not unlike a concert hall or auditorium or very large sanctuary. The lights were like the ones in a sports arena, and they were very high above us – there was a visible atmosphere (light smoke?) in the room.

I was impressed with the idea that “Bridge Conferences” are about getting all members of a church leadership on the same page: like a Dream Conference, but not the same. All of our leadership team had phones that were set the same (like having an app, our phones were connected despite different OS’s). If a member of our team sent a message, we all got it.

I had the impression that this was NOT a networking event. In fact – the like-mindedness being sought after was spiritual. People were learning how to work in Christ as a team – God centeredness.

The theme (if you could call it that) was building bridges between churches, communities, leadership and more. Politicians (and other leaders) sought us out, (they came to the conference, and even paid their way: we did not have to bribe them at all), to learn how they could be involved with us, inspired by us. 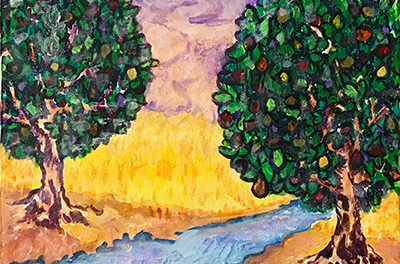