I went to the Matthew West show last night at Sparks Christian Fellowship. What a great show. I had no intention of seeing it, because let’s face it, my wife is the avid concert goer… I was invited to go and assist in praying for people at the end of the concert. I was pretty pumped to go and pray considering Yesterday was the first day in our new church building, and the Holy Spirit was really powerfully settled on us. So it was with a fresh anointing from God that Ian and I started off to SCF. We were really engulfed in a conversation revolving around God taking off our “sharp edges”, and seeking to surrender whatever we have left to Him for refinement, when we missed our exit. No big deal, we just went one more up the freeway and turned around. We arrived a few minutes late, and attempted to enter through the back door – No dice. The youth pastor, not taking our word for it, absolutely refused to let us enter the building through the back door without a church staff pass. Considering Ian is pretty well known as being with the production company, this was a little strange – but hey, again no problem, we just went to the front door and walked in without so much as a glance from anyone. We joined the prayer team at the end of a quick intro meeting, where John from Connected Productions was informing the prayer team that since they hadn’t watched a video or something, they couldn’t pray, or wouldn’t be allowed to pray, or something. JJ from Connected, said something like he would pray anyway. I felt the same, because when God appoints me to pray – I pray. John circled us up and prayed for the evening. He finished and I asked if I might pray as well. He allowed it, so I prayed for the ministry tonight, and the chance to pray with people no matter what anyone said, because I felt God wanting to do something in our midst. The circle broke, and several people we used to man the merchandise booths, others stood outside and watched people enter, Ian and I stood around being social for awhile. We fully expected to spend the evening in the lobby, hanging out and talking until the show was over and ministry began. Just a few minutes before the concert started, John invited us to go do some special project in the hall. I figured he needed help moving something, or setting something up. We followed him down to the front, and John said he needed people to sit next to the stage in four places to make sure no one tripped over the racks holding speakers off the ground at the sides of the stage. What the heck, a little bizarre – but sure! In a few minutes, as the concert it sunk in: God had now blessed us with a seat for the sold out concert nearly on the stage and 3-5 feet closer than any front row seat in the venue. Pretty cool – even if I’m not all that into concerts.

After a really great concert featuring Jason Castro (ex American Idol dude), Sidewalk Prophets, and Matthew West the ministry began. it was around 10 when prayer started. I walked up beside Pastor Joe West (Matthew West’s dad), and began to pray in agreement with his prayers. Soon, he noticed me and asked me what I was doing. I told him I was praying for him and with him, and then Joe turned the other way and saw Ian. He greeted Ian and invited us to join him in praying for the rest of the people. We prayed together for about an hour, and finally there were no more people in line. I then asked pastor Joe if we could pray for him, and he agreed. We had a chance to pray for him, and God provided the perfect prayers of fresh anointing, rest, and divine direction for him. He thanked us, as we thanked him and then Ian and I packed out. On our way out the door, John sat at the side of the main entrance to the venue. He mentioned that the prayer team he had picked wasn’t right with Joe West. If we had been on time, we would have been lumped in with them. Praise God we missed the exit, praise God the youth pastor blocked our entry. I asked John if we could pray with him, and he agreed. We prayed together, and finally got back to the car around 11:20. What a glorious night. The concert was cool too – but still not much of my thing. I did take video of it for Christina, but the problem I have is when using an iPhone, and pointing the camera at the concert, and singing, all I can really hear is my not so beautiful voice singing the songs at the top of my lungs… oops.

At least the prayer was awesome. And speaking of that, during the concert, one of the people in the front row kept asking me if I was gonna turn around and get into the concert – cause my chair was facing the audience instead of the stage. I kept telling her that I was only there for the prayer. I really meant it – is there another reason? The music, while good, was not really praise or worship, and could at best be described as “Christian” as in probably written by a Christian, for Christians, about Christian things, using mostly Christian vocabulary. It was mostly just clean entertainment. Why would a mature Christian go to a concert like that? I did see a lot of what I would call “Christian artist worshipers” – which kinda bummed me out. I pray for them, that they would wake up. We are running out of time, in a world that is filled with people literally going to hell, and we are consumed with distractions and entertainment. I hope there were more then a few people that came for the prayer – praying for the lost, praying for the unsaved people in the pew that happen to go to church, but have not surrendered their lives to Christ, praying for the broken, praying for healing, praying for maturity, praying in the Holy Spirit with the heart of God. 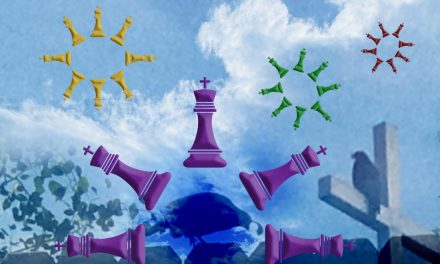 Under the Influence of a King or Kings

Dream about the Bridge