Buying your own shirt 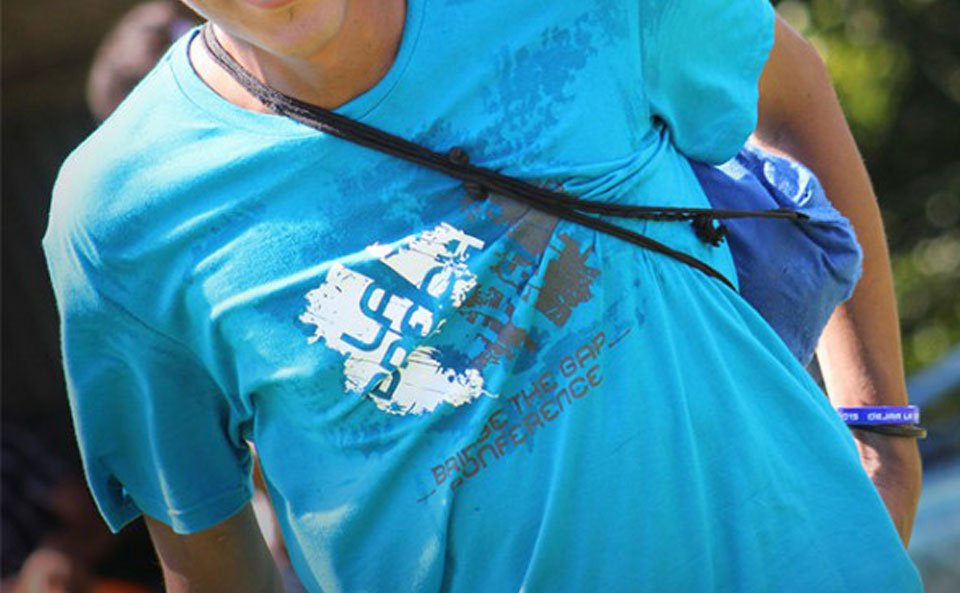 This post is not really about buying your own shirt in the physical sense, in fact it’s really about something God revealed to me last night.  I was on the phone talking with a friend when I realized I was wearing a blue shirt.  It was not any old blue shirt, it was in fact a very special blue shirt.  It is a double extra large deep turquoise colored shirt – when the turquoise looks deep sky blue rather than blue-green or baby blue.  It was purchased at Walmart in a last minute bid to find a shirt to go to another country in.  I was really fortunate to find it, and I remember my joy in doing so because I just wanted to be a part of what was about to happen.  I had been involved in some planning for the trip and those that were going had helped to pay for it to become reality.  We were all very excited, we had undergone some intense training for several months and this was our time to move out and learn to apply what we had been taught.  I was part of a group who I always wanted to be a part of, doing what I believed to be my life’s calling.

It’s funny how remembering things from the past tends to put a warm glow where there wasn’t one.  I’m particularly glad I saved my writings from when I went, so I can remember what it was like in the moment, rather than rely on my fuzzy warm memories.

I’m intentionally changing gears now.  Yesterday I read something that really resonated with where I’m at today. This is an attempt at a quote – but is likely a very close paraphrase: “When the pain of staying the same outweighs the pain of changing – we change.” If you would prefer the Biblical equivalent how about “If we confess our sins, He is faithful and righteous to forgive us our sins and to cleanse us from all unrighteousness.”(NASB – 1 John 1:9) In order for me to confess my sins I need to know that it is sin.  Sometimes that is not as plain as it sounds, and I am not talking about trying to justify my actions (if I’ve reached the justification stage, I’m way past the sin threshold), no I’m talking about the initial realization of sin, leading to a conviction of needed change or the desire to repent, followed by the potential of then writing it off as just a warning, subsequently followed by a more intense nagging or pulling which is still a conviction (you shouldn’t be doing that) verses a condemnation (you are such a fill-in-the-blank, you will never live up to X, you should just jump off a bridge…blah, blah).  I know people who are living in the latter much more than the former – and that is not a great place to live, not just because it’s a lie from the pit of hell, but because it is also torture.

So I’ve been wrestling with change, big change for my family and I.  Every decision we can make or not make has consequences, and many of those are not accounted for in the moment – some consequences are easy to measure: If I quit my job, I don’t get a paid. Others are harder to factor: If I quit my job, I might miss the opportunity to meet my future spouse who could walk through the door at any moment – that is an actual thing that happened to me in 1991 – had I quit my job I wouldn’t have ever likely met my future wife (God is big enough to arrange another way, but talk about logistical nightmares…whew).  Anyway, pain can be a motivator for change, and the pain of doing the painful thing you’ve been doing may eventually outweigh the fear/pain of doing something else. I realize that we are not to live in fear, because among other reasons, perfect love casts out fear.  I would also point out that Peter when walking on the water, looked at what was going on and started immediately sinking even in the presence of God (he took his eyes off God who was present in physical form in front of him).  I think it’s a little harder for us when we don’t have Jesus in physical form standing in front of us to look to, but Peter might argue that we have the spirit of God living in us – so it shouldn’t matter which way we look, God is with us – what’s your problem Dom? Thanks Peter!

Twice in my life someone I respect has told me not to do something very specific (my Mom has told me a million things to not do, and I respect her – but that is not what I’m talking about, so please bear with me).  I worked for the California Conservation Corps in 1990/91 and again in 92-94,  When I arrived in Northern California from San Diego via a two-week boot camp in San Louis Obispo, I came down with walking pneumonia.  Instead of starting a new job in the CCC, I was sent to the hospital and then sent home for 28 days to recuperate.  When I arrived back at my new living/working center, I was put on light duty and stayed on the center and did facility maintenance.  My supervisor was George Ross, and he was a great guy to work for.  I had come from a manufacturing company background with a working knowledge of machine shops, metal shops and wood working tools, and I liked to fix things.  I enjoy drywall textures, painting, staining, finish carpentry, etc.  I didn’t like fixing clogged plumbing so much – but hey, there are worse jobs.  So day after day I would ask George if I could be released to go out and do the work the other people did and finally after a couple of weeks, he told me this: “Why would you do that?  You get to do all the cool stuff here.” So I took his advice, and it was totally great doing all the cool stuff around the camp.  I would get my assignments in the morning, check in at lunch and report the progress at the end of the day.  If something came up, I usually just found a way to get it done.  If it was a big something, I got my boss involved and we figured it out or he just told me to do something a specific way – greatest job I ever had.

The second time someone told me not to do something was when my pastor told me not to enroll in a missionary training program at my church. He told me that I already knew most of what was being taught, and that I was already getting to do the cool stuff of ministry – praying with/for people, bible teaching, and even preaching.  I didn’t heed my pastor and I signed up for the class anyway.  The teacher was someone I really respected and admired, and I really wanted to be a part of what was going on.  In hindsight, it was likely the worst decision I have ever made.  I should have listened to my pastor.  I should have fasted and prayed more. I should have not gotten involved.  I was ambitious, and I thought it would bring me closer to God and position me to do more ministry.  What I didn’t know, is that rather than position me for more ministry I was temporarily left in a condition which excluded me from ministering to anyone.  I will never forget being in Nicaragua, after flying into Managua the first night and then jumping on a twin prop plane and arriving in Blue Fields – and hitting the ground running to prepare for the conference. By the middle of the night, I was looking out over a courtyard, leaning against a railing, with the nearly full moon illuminating the misty trees, dodging insects in the humidity – and wishing I could get on a plane and leave the country.  The emotional damage from training was still too fresh, I needed help – I was not in a position to help anyone.  The next day I discussed a Bible verse with one of the cooks, and that really gave me some hope.  I had it out with God before leaving Nicaragua – and God was so faithful and gentle with me, I told God how I wasn’t leaving the country unless I knew he heard me, and that we were still in communication.  God answered my request and I was able to leave the country.

Which brings me back to the blue shirt I am still wearing.  Conference shirts were blue – with a logo on them.  Mine is not quite the same color of blue – it’s fairly close, but not exact. My shirt does not have a logo on it, in fact it has a small stain on the front.  If i showed up wearing it, most people would not notice it at all, a few would notice the stain if they looked close.  There are only a handful of people in this country at the church who would recognize this shirt and link it to the conference several years ago.  I was told that there wouldn’t be a shirt for me because people who do ministry are not double extra large – there would be no XXL shirts printed – it was implied that fat people don’t meet the mark.  I wanted to be “a part of” so much that I didn’t follow my pastor’s advice, and I bought my own shirt, and it didn’t have the same logo as the rest of my team.  I wanted so much to belong, to be accepted, to serve Jesus and the Kingdom,  that I took my eyes of Jesus even with his spirit living inside me.  I ignored the godly advice of the shepherd God placed over me and bought my own shirt after sitting through the single worst experience of my life – worse than too much cocaine at 19, worse than a break-up with my first love, worse than living alone in Texas for a year while doing a lot of serious self-evaluation all while sleeping in a stolen sleeping bag, worse than quitting smoking, worse than getting arrested, worse than passing out with a belt around my neck in a failed suicide attempt, worse than feeling completely alone and that everyone was against me.

I consider my decision to attempt to be conformed to other people, (even in the kingdom of God), to be the worst mistake(s) of my entire life and it is too painful to continue. 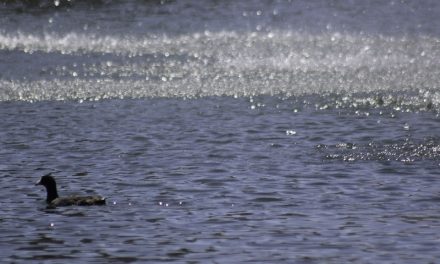 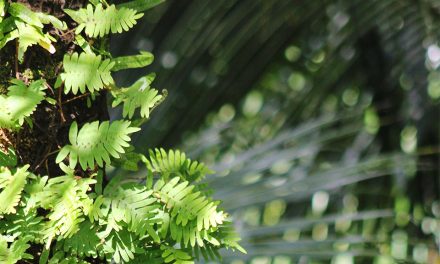 Of Babylonians and Americans 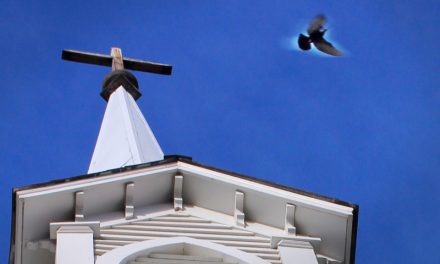 We feel betrayed because we bought the world instead of believing God.