On sunday I got to visit my favorite church in Phoenix – Phoenix First Assembly of God, home of Tommy Barnett. The first thing I did, was visit the prayer chapel. If you love God, and want a truly special place to hang out with Him, and happen to be in Phoenix, you have got to go over and sit in the prayer chapel. After weeping & praying for Carson City, I prayed for everyone on my immediate prayer list. What a powerful experience. Finally I headed over to the sanctuary for the message.

I was late – missed the worship all together. Somehow I got 9:00 and 10:45 to equal 9:45. Tommy was preaching when I came in, a really powerful message about “offering the unusual sacrifice” and God really impressed on me throughout the service how little I expect from Him (God). I was crushed by the feeling that I am worried about chairs for our church, instead of praying in the total transformation of Carson City, the State of Nevada, and ultimately, the West Coast. I left the service through the back door and made my way around to the courtyard. There I ate my lunch. While eating I noticed a man sitting across for me, next to the pool where they do baptisms. The Holy Spirit tugged at me to go over to the man. I finished my lunch, hoping someone from Phoenix First would go to the man in front of me, considering I was on their campus, on a Sunday, being a visitor from out of town myself. No one approached him, so I got up, threw out my trash, and asked him what he was doing?

“Did you know there is an incredible prayer chapel here at Phoenix First” I asked him?

“Sure, I would be happy to walk you over there”. As we walked, I gave him a quick testimony about being a lame ass Christian for years, and recently having given everything up to God, things have been changing.

He told me about a brutal divorce, and how he had been a member of Phoenix First since Tommy first arrived in Phoenix. He also told me how his ex-wife mocked Phoenix First – being from a Catholic-based mainline background.

We arrived at the Prayer Chapel, and I had him push open the massive door. We walked in and I asked him his name.

“Jim” he replied and asked mine?

“Dominic” I said, then I asked if I could pray with him.

“Yes” he said. As I began to pray, I felt the Holy Spirit come upon and began to minister to Jim. He began to cry. After the prayer, I informed him I needed to get to the next service, but God wasn’t done with him. I invited him to stay in the chapel, and showed him where the tissues were. He thanked me between tears, and I left.

I did finally see most of the beginning of service – apparently I hadn’t missed the message at all. It was great to get it a second time, and God again convicted me to think bigger and step out in bigger faith. I’m sure I will see Jim again, if not in this life, the life to come. 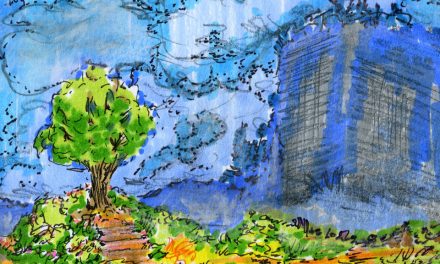 Chewing on Cain, Seth and Noah 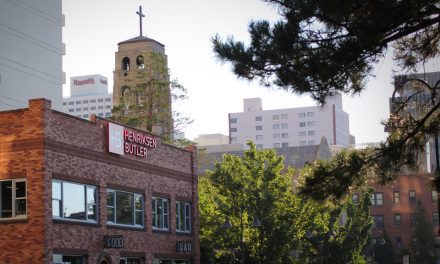 Genuine concern or what?