I have been in bed for the past 9 days or so, and will likely spend Christmas in bed as well. My wife has been ill longer than I, and my kids were sick when she was sick – but have since recovered. I would normally relish time alone, however, this illness has kept me stuck in the reverberations in my sinuses. The coughing has kept me up all night for almost 10 days straight. I have not had a substantial amount of deep sleep since becoming ill. Laying down induces more coughing. Coughing continues to the point of vomiting. So I have spent my time sitting up against the wall in my bed, trying to be as comfortable as possible. My eyes have had slime over them and I have not been able to read. I lost my left ear when it decided to close up 5 days ago. When my kids play, their voices echo in my head making it hard to hear them and nearly impossible to relax or concentrate.

It hasn’t all been bad, I have been able to listen to the Bible thanks to biblegateway.com audio Bibles. I have listened to Matthew, Mark, Luke, John, Acts, Romans, Hebrews, and some of Revelations. I found the by simply putting the Word of God on, I was able to stop my head from running 1,000 miles an hour in every direction at once.

This had me thinking about the last time I got really, really sick.

Thanksgiving 1999. We were living in Camarillo California and I got what I thought was a cold. By the next day I was laying in bed, unable to move, and moaning. My wife thought I was kidding. She made fun of me, and told me I was being a sissy. The next day she got it too. As she lay in bed unable to move, she apologized for being so insensitive. We missed Thanksgiving. No one came by to see how we were. I don’t think we were able to get out of bed until Monday or Tuesday of the next week.

Summer of 1997. We were living in San Diego and my wife and I were eating a completely raw diet. Somehow we allowed ourselves to eat at a large-chain salad bar restaurant, after being completely organic and raw. Apparently I ate something with a parasite in it. I was so sick, that I slept on the bathroom floor. I couldn’t get up except to pass stuff through or puke stuff up. I read Dune, nine books, one after the other while laying on the bathroom floor. The real problem became my inability to keep water down, I couldn’t eat anything either. After a week of this, I felt like I would die of dehydration if this continued, (I was crying on the floor of the bathroom – convinced I wasn’t gonna live), so I went to the hospital. It took six hours until I finally got an intern to listen to me, and write me a prescription for a parasite killer. That six hours cost me over 300 bucks, and I never did see an official doctor. San Joaquin General Hospital spent a year harassing me over this bill. My argument involved my not ever having seen a doctor – which was what I was being billed for. I finally paid them in 1998 just to get them off my back.

September 1990. I had walking pneumonia. I thought it was only my yearly touch of bronchitis. Then the symptoms went away, and I felt great for six to eight hours. The next thing I knew, I had a sustained fever of over 104 on a long bus ride from San Louis Obispo CA to Klamath CA. I remember vivid hallucinations, and coughing up blood. That one sent me to the hospital as well. They gave me a shot, filled a prescription for antibiotics, and put me on a bus from Eureka to San Diego (29 hours or something like that). I don’t know what was worse, the pneumonia, or the extended trips on Greyhound. 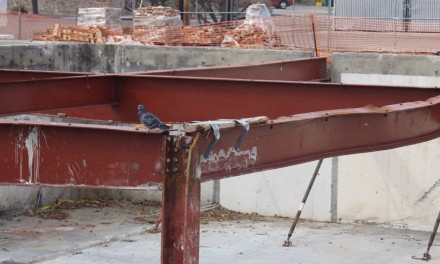