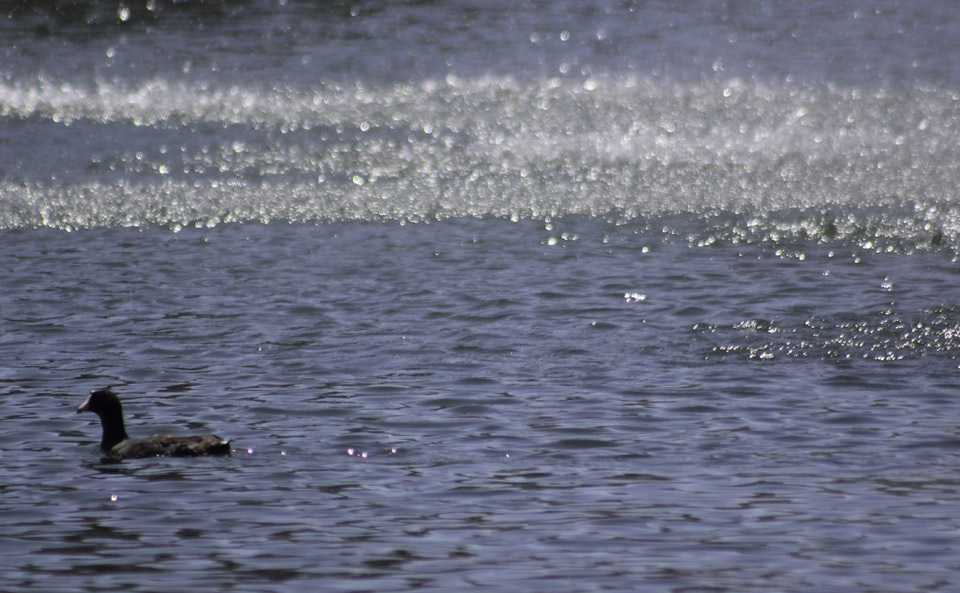 Back in February, we made a decision to prepare to move. We had been praying, and asking God what he wanted for us, and we really did get the message that our stuff had to go. Somehow, we translated this urgent need for downsizing into planning to live our life in a motor home. We even went to look at a few motorhomes just to see what that might be like. But God didn’t specifically say “Go live on the road”, He just tugged at us about our 17 years of accumulated worldly possessions.

As some of you know, I spent a bit of time fasting leading into and past Resurrection Day this year. I had never experienced a fast longer than a couple of days, but felt compelled to seek God in a new way and surrender my love of good food and eating. I really wanted one of those earth-shaking, mountain-moving, super miracles that I have read so much about, so I started off on a 40 day fast. Here is what happened to me physically during that time:

Coinciding with Lent, (which I personally do not practice), I gave up reading the news in the first week. During the second week, I gave up coffee. If you know me, you realize how much of a stretch that was. In week three, I began to fast but truly just limited my calories to around 200 a day in the form of juice. About this time, a brother in Christ gave me links to several books from the 40’s written on the subject of fasting & prayer.

I studied a little of what my body was going to go through on a prolonged fast, and decided to utilize the Keto diet to prepare my body in advance for extended ketosis. After a week of the Keto diet, I began my water-only fast in earnest. I did get hungry on day three, but after that, hunger passed away. About day 11, just like the literature I had read suggested, the slight lethargy left me and I was feeling overall pretty good.

About day 25, I got really sick from a sinus infection and some crazy flu in my lungs. Several people had come to work sick, and I likely contracted it there. I became no sicker than anyone else who got sick in March. My wife got ill and took just as long to recover. The main difference between most people an myself at that point, is during the fast – having had nothing to eat for 4 weeks, there was a really terrible metallic taste in my mouth. The sinus infection created an unbearable flavor whenever anything came into my mouth. Another really disgusting flavor came up every time I coughed up something from my lungs. After a week and a half of this – I couldn’t take it. I kept dry-heaving every time my sinuses let loose or my lungs released some phlegm.

I prayed for awhile for relief, but finally ended the fast at 35 days in order to be in a position to take medicine. Let’s face it, in order to take a pill, I needed my digestive system to turn back on. I never did go and see a doctor. I spent several weeks limiting my diet and my digestive system began acting normal as expected. I finally got over the cold and flu just in time to care for my wife, who had given me a bad time during my feeling sick, but quickly repented when it was her turn to feel ill.  All in all, I lost 46 pounds in 35 days.  My brain functioned well at work, and I was able to do nearly everything I normally do.  Prior to the fast, I believed Jesus’ fast was supernatural, but afterwards, I believe we might all find it possible to fast for a significant amount of time if we choose to.

Spiritually, the fast changed me. God showed me when I made the decision to eat to feel better at eight or nine years old. He was there with me when I chose M&M’s with Pepsi to choke down my feelings. God also sent me back to a people group I was formerly involved with, but had been away from for over eight years. I wanna say that the first 21 days of the fast were really exceptional spiritually. after that, I was hoping for a major miracle or earth-shattering vision. Getting sick really took a toll on my desires for a miracle – I kept asking God why He was allowing me to be sick when I was seeking Him and mourning my old way of life and surrendering myself to Him in a deeper way then ever before.

During this time of fasting, Christina wanted a cup of coffee from a national chain store in a certain location in Carson City. I sad to her: “Let’s go to the one near our house” and she agreed. After ordering in the drive-thru, the car in front of Christina belonged to one of our family friends. Our friend, after getting her order, parked her car and jumped into the car with Christina. She and Christina began talking and soon the topic of our bedroom came up. Christina mentioned she hated our bedroom – it was too dark. Our friend told Christina that she had just redone he own bedroom, and it was easy – she said she would be willing to help us fix our gloomy bedroom. Christina agreed, and I, being in a weakened state, just went along with it.

God really used our friend to goad me into action. The thought of our friend doing what I should have done made me work harder.  With our friend’s encouragement and my wife’s insistence, I was able to paint the master bedroom a new color. I also installed a new ceiling fan. Our friend came over and helped me to install a new wood floor – replacing the ancient, stock carpet. I began the trim, (floorboards and doors), and then finished the trim with our friend’s help as well. Finally we acquired a new curtain rod (copper pipe) and hung new drapes. The transformation was complete: a new bedroom, free of clutter, very light and airy. Our friend was excited, my wife was pleased, and I had to admit – so was I.

When I broke my fast early, I was bummed out. I didn’t think God had heard me, or my head told me He wasn’t gonna answer.  I started to have doubts of the effectiveness of fasting, and even doubted God’s concern for me. I had been asking Him for the direction for our family, and was waiting for a dream or vision showing me what He wanted us to do.  Without that vision, where would we go?  Nowhere, or so I thought.  I sometimes get caught up in a glass half-empty mindset, and resigned myself to just existing as always.

Several weeks ago, I had an urge to look around on a real-estate website. I scanned the houses for sale on the West-side of downtown and began to wonder how anyone affords the prices they are asking. I came across a listing for a decent-looking home, in our desired location, which hadn’t sold yet. The price didn’t seem outrageous to me so I drove by it to take a look. It was nice looking, and so I asked Christina to take a look with me, and we drove by it together. She said the magic words ‘It’s cute!’, so I called our real estate agent for a walk-through. After walking through, I decided to call my current lender to see if we had any options to purchase a house in that price range.

We prayed, and after talking it over with our lender, we decided to make an offer. Our offer was rejected at 3pm the next day. Oh well, we thought, clearly not for us. At 8pm we got a call and found out our offer had been countered. We accepted. Wow, we thought, we are gonna have to get busy – our offer was contingent on the sale of our house, and the counter-offer had specified that our house had to be on the market in 7 days. We were two days into getting our house ready to photograph so we could list it, when we received the call that the seller of our new home had another offer, and we had 72 hours to come up with another buying solution or we would lose the house.

I called the lender right away to see what options we had available and found out there was a ‘plan-B’, so to speak, but we needed a 5% down payment. It was during this call, that our friend stepped up and said she would write that check. I was in shock. Really? Yep, she was adamant. OK, we thought, here we are asking God for his will, and here again we have an open door where no door should be. We prayed on it and then informed our lender of our acceptance of ‘plan-B’. Then the hard-work of preparing our house for the photo shoot began with a fury. Our friend and her children helped us out for days – even during Mother’s day. Our photo shoot was held on Monday May 14th at 4:30 PM.

Our agent received the photos on Tuesday and had created our listing by Tuesday Night around 8:00 PM. We had our first showing on Wednesday, and by the following Thursday, (8 days later), we experienced 10 walk-throughs and had received 2 offers. On Friday May 25th, we signed the papers to sell our current home. The sellers of our new home also agreed to let us close on our new place after closing on our old place, which really helped out or financing.  The offer from our friend for the down-payment would not be needed, but it had spurred us into action and to take a risk we never would have taken.

I asked God for a vision for my family and I prayed for a miracle. God answered my eight-year-long prayer to live downtown and moved us walking distance from most of our close friends and the majority of the ministry we participate in. I asked for a mountain to move, and God moved my family.  In this process, God is helping us to let go of all the stuff that came before, so we can be ready for what He is doing next.  I got to experience what I was praying for.  This morning (May 29th) my lender called me and said he had been praying for me twice over the long weekend – I never even told him I was a believer.  This is not a mom and pop organization – but a national mega lending company.  Wow!

Jesus said we would fast, and alluded that some things require the combination of fasting and prayer to get done. If you haven’t thought seriously about fasting, I suggest you investigate for yourself the science behind it, and seek God on the subject. Fasting has changed me forever and although it was challenging at times, I will do it again. 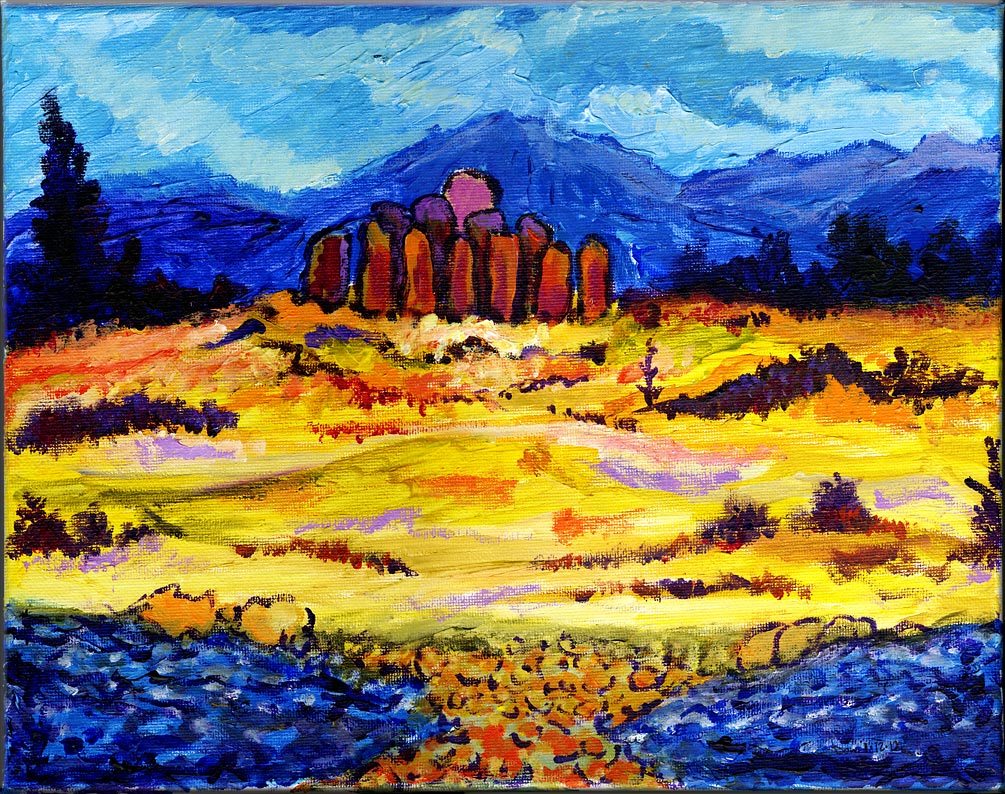 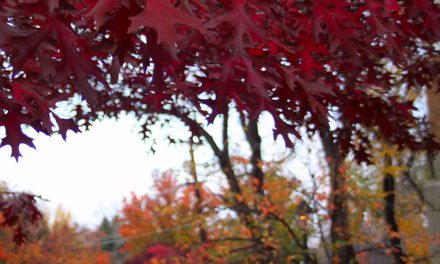 A new host for dominicmartinelli.com